Brussels sprouts or Brussel sprouts (as many have been known to call them). Noun. Def.: similar to little baby cabbages and in the cruciferous family. Taste delicious when fresh. Also yummy when honey and maple syrup are added to them during baking! High in iron and calcium, potassium and vitamin K.

They originally got their name from Brussels, Belgium. They were first made popular there. Hence, their name should indeed be “Brussels” sprouts instead of Brussel sprouts, which I’ve called them for most of my life!

These little flower balls grown on a long stem are a cool season growing vegetable. However, you can also find them during the summer months here in the Watsonville, California’s cooler growing area.

When my daughter was little, she would say she liked these better than candy! She was only two though, so I think later her opinion did change later! But still, if you serve these up fresh and covered in flavor and also crispness, people will like, if not love them. 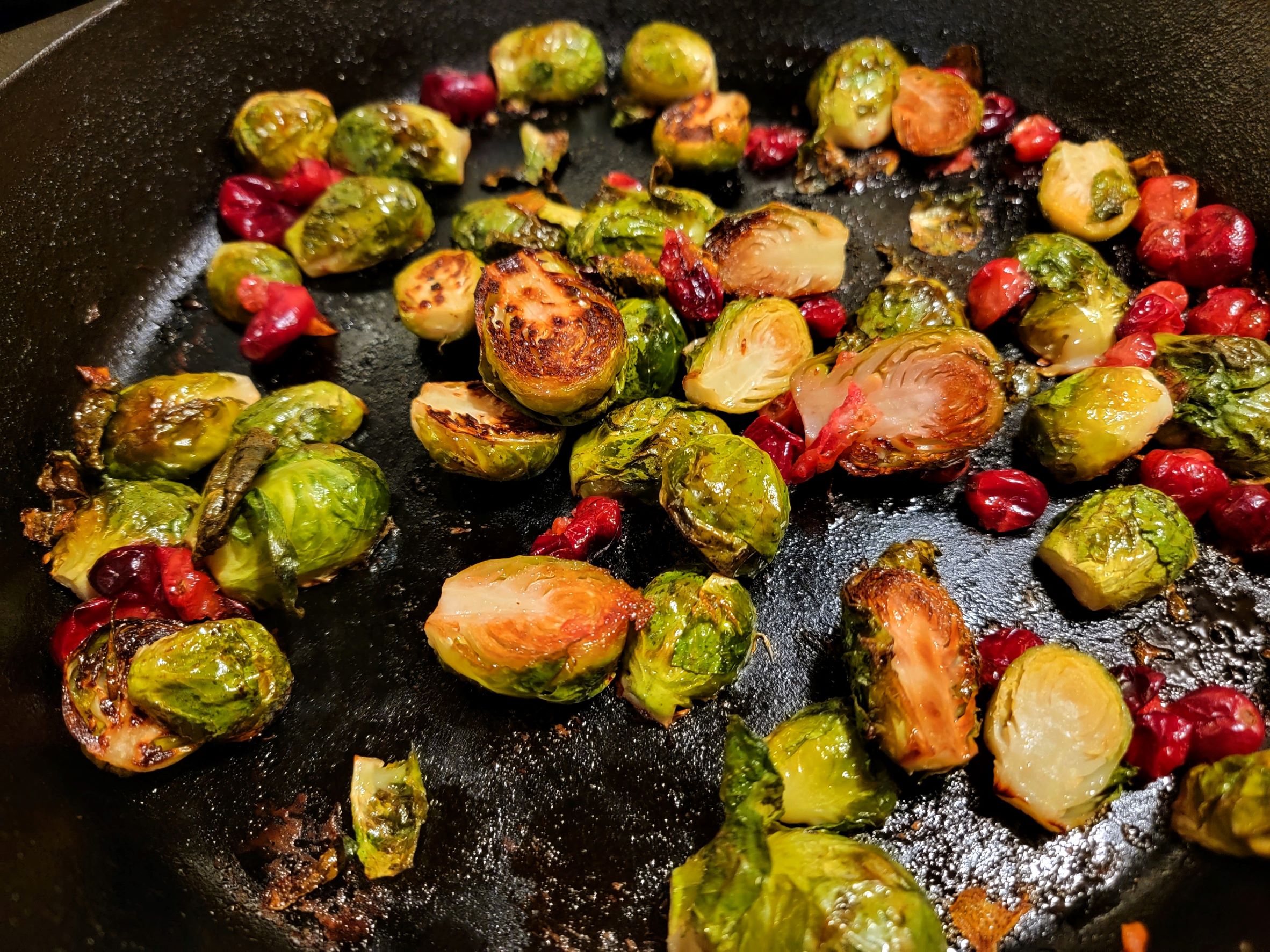 These Sweet and Tart, Crispy Brussels Sprouts made gluten free are so deliciously crispy and sweet with hints of tartness too. They're also
Servings 8 servings
Prep Time 10 mins
Cook Time 20 mins

Other Recipes You May Enjoy

Tiramisu for the Gluten Free Eater